Building the Lab of the Future

Why an ELN Needs a Helping Hand 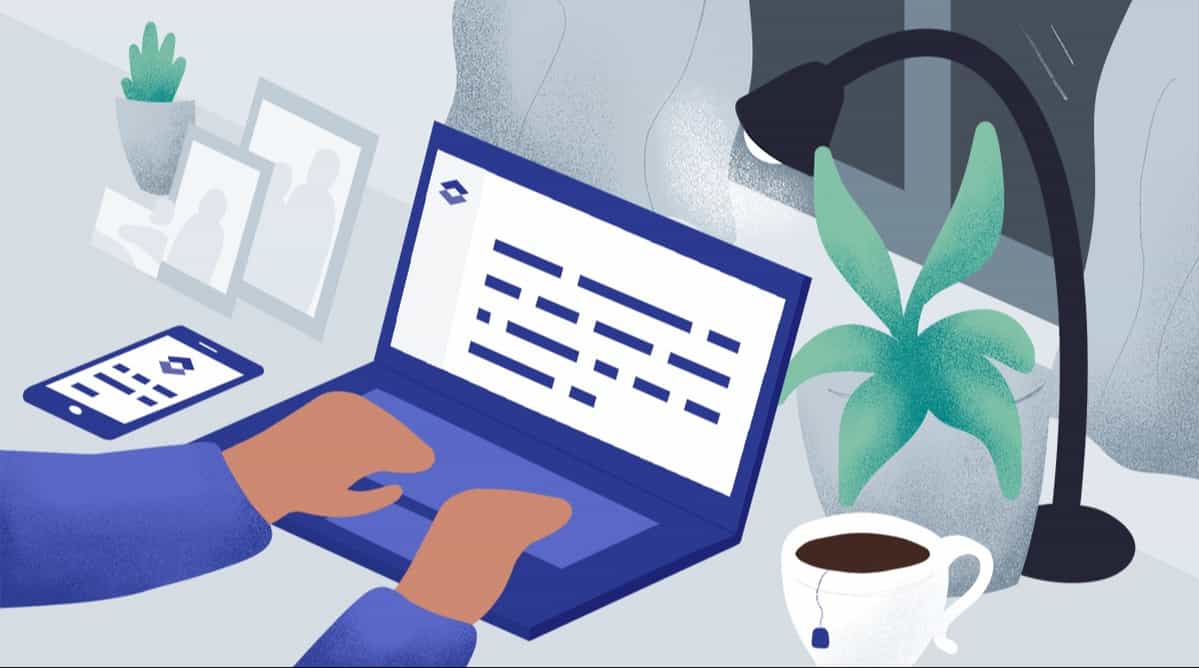 We are in the Age of Information. The recent exponential increase in computational power now enables data-driven decisions across organizations, streamlining workflows and improving efficiency. Therefore, many companies are searching for the best tools to collect and store both data and metadata in secure digital formats.

ELN: The First Heroes of Digitalization

In the pharmaceutical industry, this effort has given rise to the Electronic Lab Notebook (ELN). ELNs are now almost ubiquitous, enhancing and replacing paper lab notebooks in many laboratories. This technology represents a major part of the pharma industry’s digital transformation and the ELN market is worth more than $400 million a year.

However, ELNs are missing key user-friendly functions and adoption has been a difficult journey for many scientists.

ELN: Disconnected from the Bench

“Using the ELN is always a struggle. It is too slow to work with and a lot of information is missing because it is too slow to access.“ Analytical scientist at Top-20 Pharma

An ELN is designed to be accessed from desktop computers. To enter new data, scientists must log into the ELN, click through the platform and type the information into a dedicated space. As this process demands a prolonged interruption of an experiment, researchers often delay their documentation or rely on paper notes to capture immediate observations at the bench. Scientists must then transcribe these paper notes into the ELN at a later time.

The pharma scientists we interviewed reported a delay of up to three weeks between performing and documenting their experiments, with this delay having a substantial negative impact on reproducibility.

Moreover, they reported wasting on average 30 minutes a day transcribing their paper notes into an ELN. It can be just as difficult to access the information stored on an ELN. Scientists must also remove their gloves and leave the bench to look up data.

The expression “Data Graveyard” illustrates the absence of bidirectional data flow between ELNs and scientists.

Today, several extra features have been added to ELN to increase their usability and adoption. However, most of these extensions support office tasks such as experiment planning or post-processing, moving the ELN further away from its primary role of a lean lab notebook. 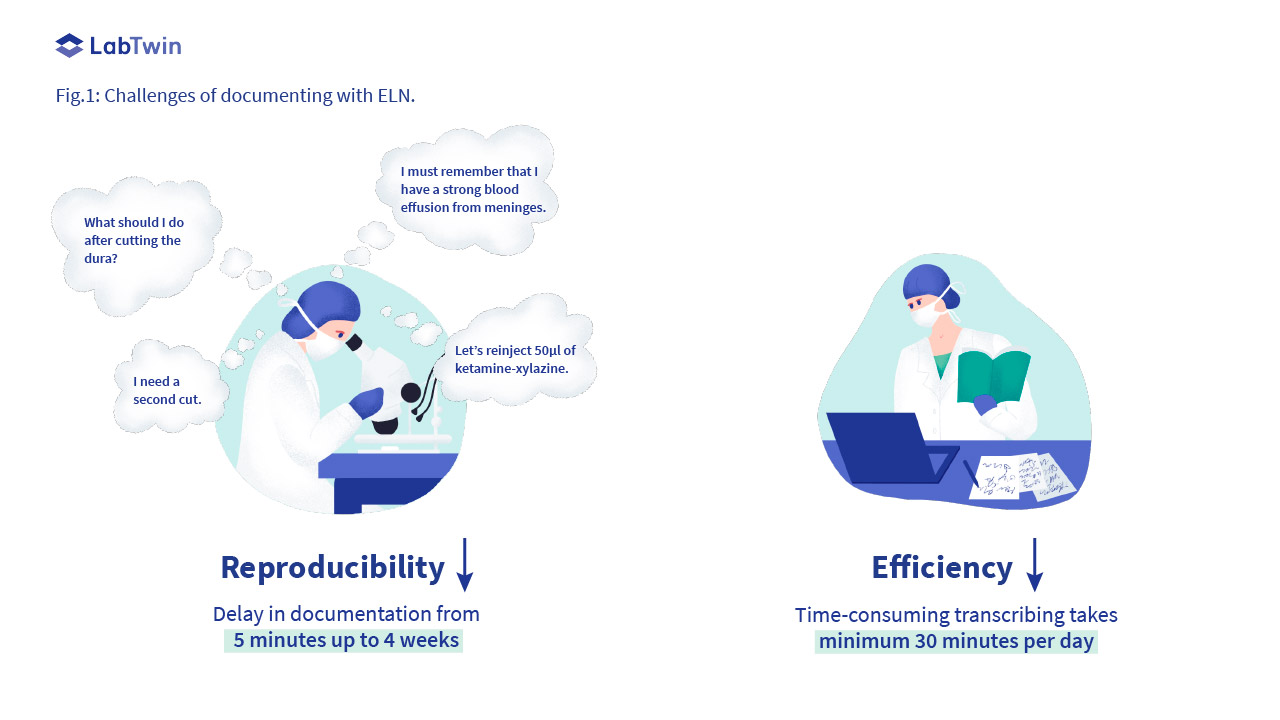 ELNs at the Bench: Why Did That Fail?

When tablets and smartphones became essential companions carried by almost every scientist, top innovative pharma organisations started initiatives to make ELNs more accessible within the lab. They introduced iPads or other tablet devices, from which the ELN was accessible, and distributed them to their bench scientists. Unfortunately, up to 70% of these tablets were not used to document experiments. Scientists found removing gloves, navigating through their ELN and typing in their observations or protocol deviations was too distracting during experiments.

At LabTwin, we believe that the act of documenting lab work, often while performing complex experiments, is an intricate and deeply personal process. We also believe that any new technology should be user-centric, focussing on making a scientist’s workflow easier, not more complicated.

"I have to make decisions very quickly depending on a particular outcome. Real-time recording and access to information is a great help." Senior Scientist at Top-20 Pharma, LabTwin user

As a practical assistant for all types of lab work, LabTwin includes smart tools such as voice-activated timers, calculations, and error-preventing systems, which can be seamlessly incorporated within the workflow. With hands-free data capture and access in real time, LabTwin increases efficiency by saving time, reducing errors and ensuring overall data integrity.

Digital Lab Assistants: A Traffic Hub Between Scientists and the Cloud

Digital lab assistants allow for dynamic, bidirectional data flow with scientists. Digital assistants not only facilitate real-time data collection and digitization, but also make it easy to create reports or share data with colleagues, helping to prevent the creation of data silos. LabTwin can leverage the benefits of the cloud to centralize data while keeping it secure and providing a complete audit trail.

Each experiment documented within LabTwin can be compiled into a report and made visible to other team members. Experimental reports can also be exported as a pdf, and the tables can be individually exported as Excel spreadsheets and uploaded to the team server, the cloud or a legacy ELN. 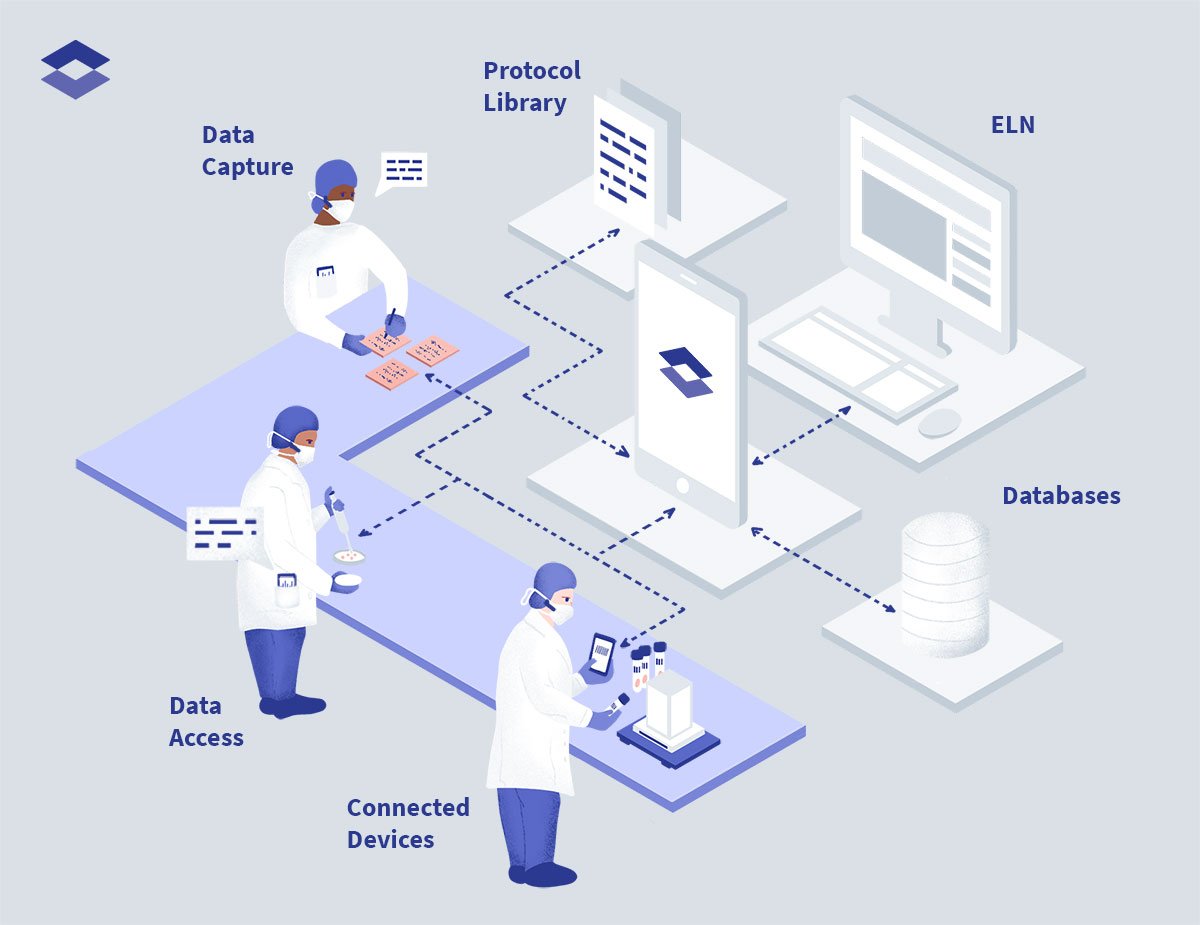 From Report Repository to ELN Integration

LabTwin functions as a digital hub within laboratories, with an open API to support the integration of software already present in the lab ecosystem. By enabling integration with any legacy ELN, LabTwin bridges the gap between scientists at the bench and stored organizational knowledge.

Instead of scientists having to manually export and upload data, LabTwin will automatically push experiment documentation and results to an ELN. Similarly, with LabTwin, scientists can query protocols and past documentation stored in an ELN simply by speaking to their mobile device.

Integrating a voice-activated digital assistant with an ELN saves time by making the documentation workflow seamless and ensures data integrity by preventing data loss and guaranteeing that data is truly contemporaneous, accurate and complete. 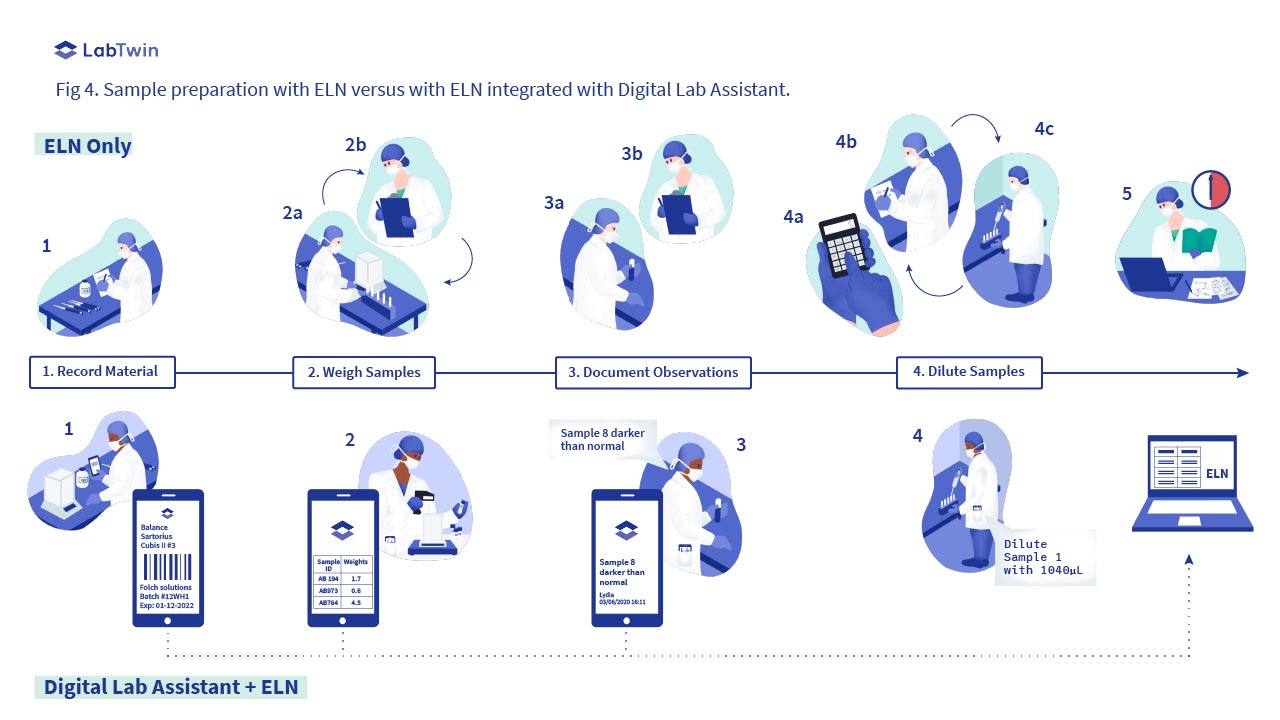 Most of the clients we work with at LabTwin are putting in motion a Lab of the Future strategy. This strategy goes beyond the (now well-known) concept of “going paperless” and embraces instead a comprehensive end-to-end connected lab strategy, with a creative combination of new mobile technologies and IoT. Clients are now trying to support scientists by removing cumbersome interactions with hardware and lab informatics software, allowing researchers to focus freely on their experiments. Therefore, they are interested in new technology, such as digital lab assistant, enabling scientists to remotely access and control the traditional elements of the laboratory from lab instruments to legacy informatics systems.

With LabTwin, they can offer to their scientists more freedom, while increasing ELN adoption and allowing effortless enrichment of data and metadata.